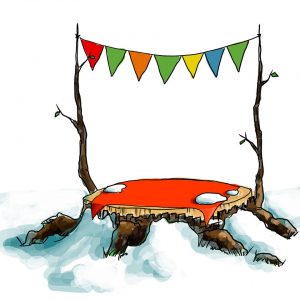 In celebration of eighteen years of elected prognosticators in The Park, The Board of Governors of The Park Museum is pleased to announce that its exhibit, “The Means and the Message: An Appreciation of the Prognostication Pad” will become an annual Museum event.

“This multimedia exhibit honours not only those who have been elected Park Official Prognosticator of Spring (POPS), but the means that they have used to make their predictions: the prognostication pad. We are thrilled to be able to offer this exhibition as an annual event and we’d like to thank the Park Builders’ Guild for their support of this endeavour,” said resident curator Dorika Pumi.

Included in the exhibit are pad architects’ blueprints, messages, notes, and correspondence, press interviews with Chief organizer Wyatt Whistlepig, Jr., and videotaped interviews with former prognosticators. Throughout the Winter, the museum will also host Q&A sessions with architects and with journalists who have covered The Park’s Groundhog Day celebrations over the years.

The exhibit also features memorabilia from POPS campaigns, including posters, flyers, buttons, newspaper interviews, television and radio interviews and recorded speeches, as well as original documents from court challenges to the predictions.

“The Means and the Message: A Decade of Prognostication Pads” will run annually from 1 January until 31 March. 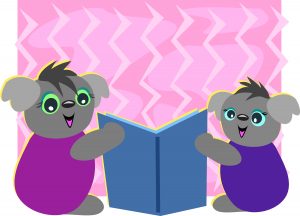 The Park Museum welcomes our youth to a series of special events designed to coordinate with The Park's Intergenerational Liaison initiative and with special events held in The Park. Click here for more details and schedule.

The Park Museum is open to the public seven days a week, with the exception of those times when it hosts special events. 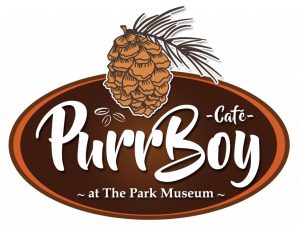 Guests do not require a museum ticket to dine at The PurrBoy Café.